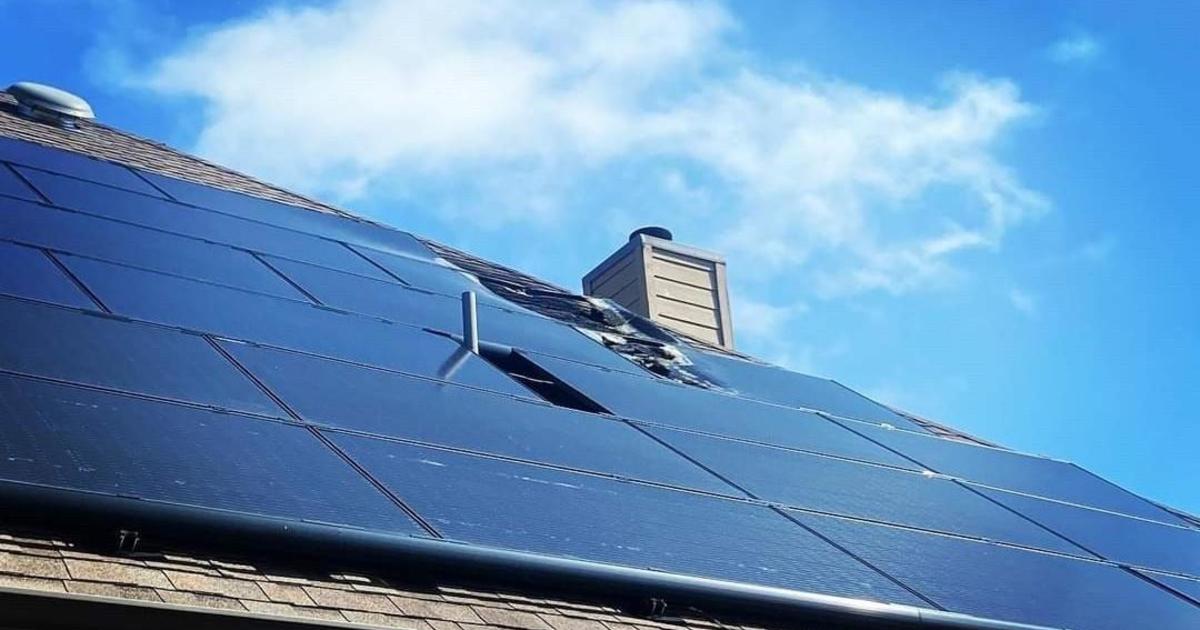 MELISSA (CBSDFW.COM) – If you’ve ever thought about installing solar panels on your home, a Melissa resident wants you to know that there is a rare possibility of them catching fire. It happened to him last month.

“These neighborhoods…we have a lot of people passing by who are vendors and they want to sell us their solar panels,” Austin Nathaniel said.

A little over a year ago, his neighbor decided to do business with one.

“So I waited a year to see what he thought about it,” Nathaniel said. “Are they good company? Does he get what he thought? He loved it so I went with the company.”

He said his experience was great at first, but about four months later he received a call from a neighbor telling him to go home right away because some of the solar panels were on fire.

“They contacted another guy who ran and cut the power and jumped on the roof with a hose and sprayed it,” Nathaniel said. “My child is sleeping right under it, which is terrifying.”

Nathaniel said when firefighters arrived they noticed two of the solar panels had caught fire.

“They said if my neighbor hadn’t done it, my house would have burned down,” Nathaniel said.

Sherrie Wilson, Dallas’ first female firefighter who retired after decades of service, said cases like this are incredibly rare.

She has some tips to try to prevent this from happening.

“I think going to a reputable supplier will be your first most important thing, but you know you can have surges, voltage, faulty products,” she said.

As for Nathaniel, he says he is still trying to work with the company that installed the panels and is waiting for the situation to be resolved.

“Even if they fix this, it’s still going to be difficult to get those signs back on,” he said.