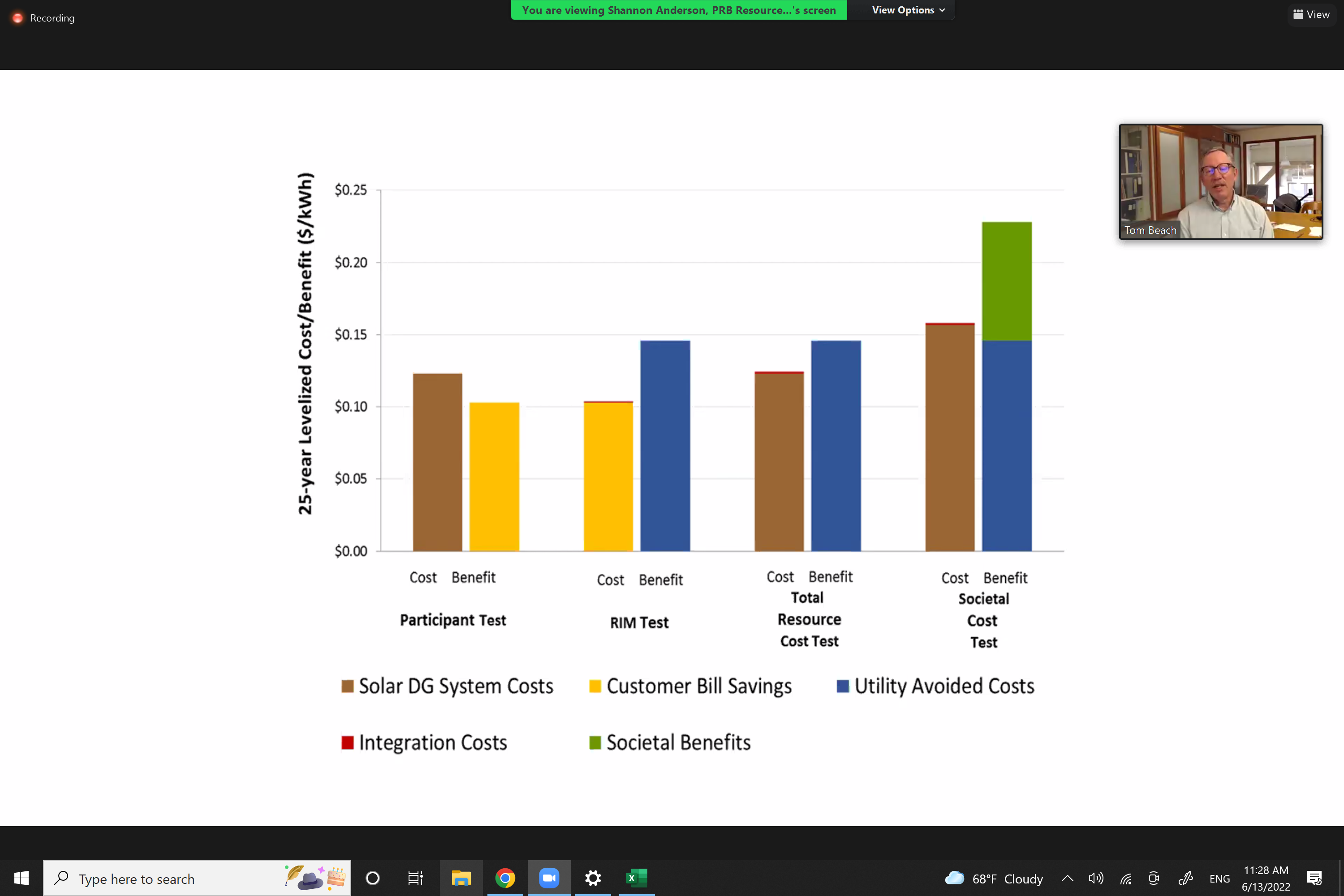 CASPER, Wyo.- Although relatively rare in Wyoming, rooftop solar is growing and worth the cost, according to a recent report.

The Powder River Basin Resource Council, the Wyoming Outdoor Council, and the Wyoming Chapter of the Sierra Club commissioned the benefit-cost analysis report. The study, “The Benefits and Costs of Net Metering Solar Distributed Generation in Wyoming,” assessed metering for ratepayers in the service territories of PacifiCorp, DBA Rocky Mountain Power, High Plains Power, and Carbon Power & Light. The report says there are about 10 megawatts of rooftop solar power online today and that value is growing by about 3 megawatts per year.

The researchers found the annual “solar value” by multiplying the average residential electric rate by the annual output of a typical fixed-grid solar system in the largest city in each state. The report says the solar value in Wyoming is $170/kilowatt per year.

The metric assumes that most states have made net energy meters available so that customers can receive value roughly equal to the state’s average retail electric rate if they generate solar electricity on square.

Researchers found that net metering did not result in cost changes for non-participating ratepayers and that over the long term, utility bills would decrease without the need to change net metering to recoup the full cost. service over time with net metering customers.

Solar homeowners in Wyoming face high costs due to electricity prices and system costs, and that’s why state residents are slow to adopt solar power, according to the report. Reducing pay for rooftop solar customers will likely hurt solar growth, but the economy could improve as solar costs come down.

The federal Utility Regulatory Policy Act grants customers the right to interconnect solar systems to the grid and sell their excess generation to the utility at state-regulated rates based on avoided costs.

“Although such facilities are not planned or controlled directly by utilities, from a resource planning perspective, DG Solar is a cost-effective resource for Wyoming utilities,” the report states.

“Distributed generation also enhances customers’ freedom to choose the source of their electricity, and results in more engaged and informed customers about how their electricity is delivered,” the report said. “The choice to use private capital to install DG Solar in a customer’s private premises taps into a new source of capital to expand Wyoming’s clean energy infrastructure.”

He said his company, a solar contractor, often asks customers if they prefer US-made solar energy products and wants to make sure customers know their options. He said all the components may come from the United States, but there are manufacturers all over the world. Solar panels tend to come from manufacturers in Asia or the United States, he said, adding that most of the panels his company acquires come from South Korea.

“Our customers, more often than not, are looking for the best price they can get, and that tends to be — not always, but usually — foreign-made equipment,” Kane said.

He said some manufacturing companies are developing solar panel recycling systems, through which the panels can be broken down into separate materials. Aluminum, glass and other metals can be separated, Kane said. A customer taking a panel to a recycling system can expect to pay around $15 per panel, and newly installed panels shouldn’t have to be recycled until they’ve been used for around 25 years, he said. he declares.

In his company’s experience, extreme hail — the kind that can wreck cars, shatter windshields, or destroy entire roofs — can damage solar panels, but light hail won’t.

Tom Beach, a lead consultant for the study who has approximately four decades of experience in rate design and pricing issues for natural gas and electric utilities, presented the study’s key findings in the webinar.

He said participant testing costs include a solar cost of $2.75 per watt, or about 0.125 cents over 25 years. The savings on customer bills, which is the cost to nonparticipating ratepayers, is about 10 cents per kilowatt hour, he said.