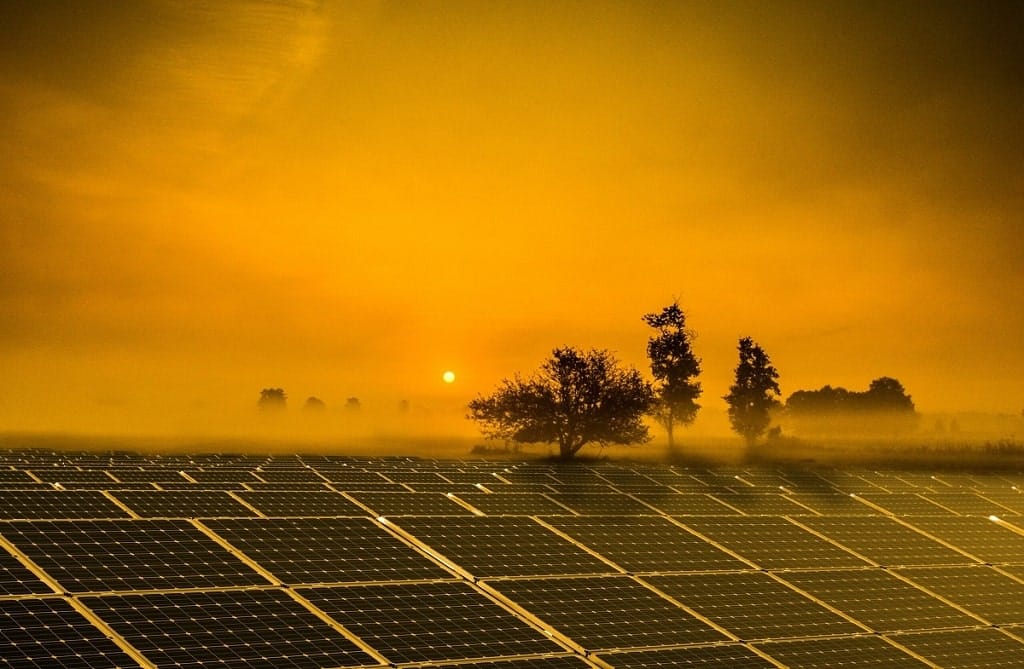 How Solar Panels Power Our World

Wondering how solar panels work? First, the two main types of solar energy technologies include concentrated solar thermal power and photovoltaic (PV). They absorb sunlight (solar radiation, also called electromagnetic radiation) and convert it into energy used to generate electricity, which can be used on site or stored in batteries or thermal storage for future use.

Solar panels use PV. Here we will break down how PV works so that you understand the solar panel.

The failure of a PV system

PV solar panel technology is what captures the sun’s radiation and turns it into usable energy. Sunlight activates the PV, thereby activating the solar panel.

A PV device is a small cell that alone produces about 1 to 2 watts of power. There are many photovoltaic cells in a solar panel. They are connected in chains, forming larger units (modules, aka panels).

Photovoltaic cells are made of ultra-thin semiconductor materials (usually silicon) sandwiched between protective materials (plastic or glass) to withstand the outdoors. While silicon is the most widely used material because it is abundant and affordable, there are other possibilities including quantum dots, perovskite, semi-transparent organic, and even cells enhanced with graphene, hair or hot pepper.

A module can generate electricity by itself or be connected to other modules, forming networks. A PV system consists of one or more generators connected to the electricity grid. They can be as big (or small) as needed, thanks to this modular structure. These panels are rigid, but new advances are creating better flexible solar panels, so eventually the applications for solar power with PV will truly be endless.

Solar panels are only part of a photovoltaic system, which also includes mounting structures (positioned so that the panels face the sun) and components (inverters and wiring) that convert electricity into direct current (DC) produced by the alternating current modules. Electric current (AC) used to power buildings and infrastructure.

If the solar panels are freestanding (not on a building or canopy) such as in an open field, they may be caused to move with the sun or reflect sunlight shining on the ground back to the solar panel to increase l ‘efficiency. However, the latter only works if the solar panel is double-sided.

The thin wafer of semiconductor inside a PV cell comprises two layers of silicon (95% of the time) – one negatively charged and the other positively charged to form an electric field. When solar radiation strikes a PV cell, it energizes it, causing electrons to “release” from atoms inside the semiconductor wafer. The wafer’s electric field sets the free electrons in motion, creating an electric current that can be extracted for use as energy by contact with a conductive metal.

The amount of energy produced by the cell relative to the light energy that shines on it dictates the efficiency of the PV cell. The closer these two figures are, the more efficient the photovoltaic cell is in converting the energy of solar radiation into electricity. However, many factors are at play here, including available light intensity, available light wavelengths, temperature, air quality, dirt or other dirt on the module, and attributes cell performance.

How electrical energy powers a building

After the solar panel converts the energy into electricity and the inverter converts it from direct current to alternating current, the electricity passes through an electrical panel and is distributed in a building. Electricity from the grid by a power company works the same way.

Batteries are the main storage solution for photovoltaic solar energy. They save excess electricity for future use. This method makes it possible to live off the grid. When solar panels do not generate enough electricity to meet demand, a building can draw power from the battery; when the solar panels generate a surplus, it is stored in the battery instead of being sent to the grid.

Batteries are also playing an increasingly vital role in utilities. Their adoption will modernize and stabilize power grids, allowing customers to feed solar power into the grid from residential rooftop solar panels or commercial-scale solar parks for storage in batteries during peak periods.

Here are some fantastic examples of real-world battery storage:

Not a battery, but another feat in extending the use of solar energy is the Power Potential Project in the UK, a reactive power trial that shows it is possible to supply electricity from of solar power systems to customers at night.

Over the past two decades, PV technology has rapidly improved, leading to improved sustainability, lower costs and improved efficiency. It will likely progress faster as we transition to a carbon neutral world. Additionally, many people are beginning to realize the many benefits of installing solar panels on their property.

You will undoubtedly see more and more solar panels on rooftops, along roads, above highways, in fields and deserts, and floating in lakes, canals or the sea over the years to come. to come. Australia is even preparing for the expected increase in solar appliances with a solar panel recycling facility.

2022-03-30
Previous Post: Yuma is working to perfect the complicated process of recycling solar panels
Next Post: They spent $24,000 on solar panels. Then Eversource took four months to activate them.