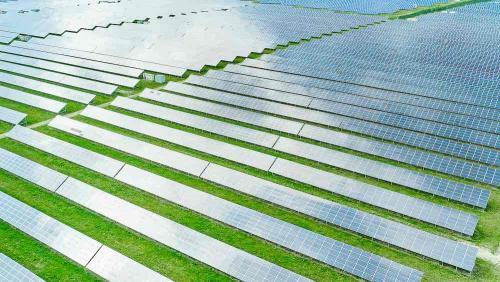 Massachusetts has committed to increasing electricity generation from renewable energy sources, such as solar power, through a series of laws and policies. As solar power systems have proliferated, trial courts have been asked to determine the limits of local government power over where large ground-mounted solar power installations can be sited. For the first time, the Massachusetts Supreme Judicial Court (SJC) has interpreted legislative language enacted decades ago that exempts solar power systems from zoning regulations. In its decision yesterday in Tracer Lane II Realty, LLC v. City of Waltham (pdf), SJC has recognized the need for large ground mounted solar panels to meet Commonwealth renewable energy targets.

Section 3 of the Massachusetts Zoning Law (Section 3) – aptly named “Subjects Zoning May Not Regulate” – protects certain preferred uses from local zoning laws. In Tracer Lane, it was the ninth paragraph of section 3, which relates to solar energy systems. The plaintiff’s solar energy developer owned a large parcel of land spanning two cities: commercially zoned land in Lexington where large-scale uses of solar energy were permitted, and residentially zoned land in Waltham where such use was prohibited. The question for the court was whether an access road (for construction and maintenance vehicles and to clear power lines) could be constructed on the land zoned residential.

The SJC quickly addressed a few questions that it had already largely answered. The court confirmed that the support structures and uses fall under a main use which is itself protected. So here the access road was considered part of the protected solar power installation. The court also confirmed that some uses covered by Article 3 are more protected than others. For example, solar energy systems may be regulated more broadly than educational or religious uses, which may only be regulated in a specific and listed manner. However, solar energy systems cannot be the target of a zoning law unless regulation is necessary to protect public health, safety and welfare. In this case, Waltham’s zoning code allowed large-scale solar installations in – at best – only 2% of the city’s land area. The court found that this harsh restriction had no legitimate basis and violated zoning law.

While this may not be the last time the SJC is called upon to determine whether solar energy systems are being unduly charged by zoning laws, the Tracer Lane decision establishes some baseline parameters that will be helpful to the coming.