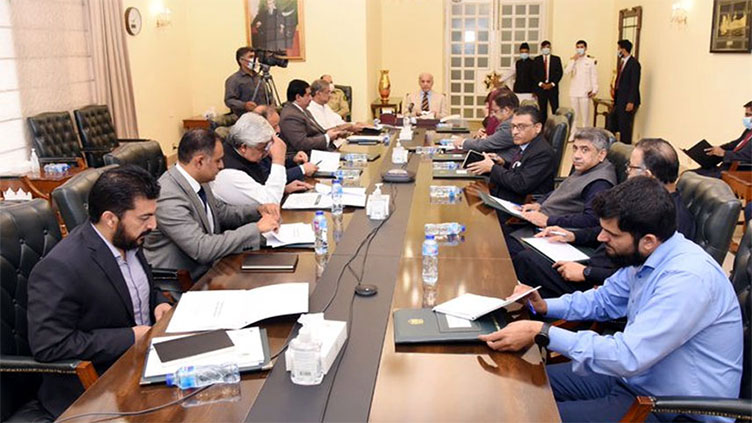 
The Prime Minister asked the task force to get feedback from the provinces.


ISLAMABAD (Dunya News) – Prime Minister Shehbaz Sharif has said a comprehensive national solar policy will be announced on the 1st of next month to provide cheap and environmentally friendly electricity to the general public.

Chairing an energy task force meeting in Islamabad on Thursday, he said the implementation of the national solar policy will be subject to the approval of the Council of Common Interests.

The Prime Minister tasked the task force with obtaining input from the provinces and ensuring unanimity of views on alternative energy generation projects.

He said the government is committed to making the country self-sufficient in energy generation.

The Prime Minister said solar energy is a clean and green way of generating electricity and that solar projects would alleviate problems such as distribution losses, electricity theft and circular debt.

He said affordable solar energy would reduce the burden of inflation on the common man.

The meeting was informed that a proposal to convert the fuel based power station and 2000 11 KV feeders to solar generation is on the cards.

The transition of government buildings to solar power generation was also discussed in detail.

It was said that over the next 10 years, 1,000 megawatt generation solar power plants would be installed in government buildings on a build-own-operate-transfer basis.