A rendering of the carport canopy that is proposed for Melrose School to hold solar panels. This schematic design was done by Saccoccio & Associates, the district’s architectural design firm that was hired to oversee $5.9 million in voter-approved bonded projects in 2018.

The school board unanimously paid $1.03 million to bring solar power to the district.

“I’m very happy to see this happen,” said committee member Drew Allsopp. “I can’t wait to see him in action.”

The committee voted 4-0, in the absence of chairman Keith Roberts, at its April 11 meeting to award the contract to Newport Renewables. Although the award exceeds the budget of $897,775 approved by the Rhode Island Department of Education, the district will meet that threshold after paying back $235,450 through grants.

According to Ken Duva, Superintendent of Schools, the project is “primarily going to be funded through the bond” that voters approved in 2018 to improve schools.

Duva said the offer submitted by the Newport company was for $1.12 million. This price included solar panels on the roofs of both schools with the erection of a canopy at the primary school to hold additional panels. The RFP, however, called for bids to be broken down into segments so the committee would have options if the cost exceeded the budget.

The committee managed to keep the project on budget by scrapping the solar panels on the roof of Melrose ($82,500). According to Duva, it would be too expensive to upgrade the service transformer that would be needed to handle the additional load. 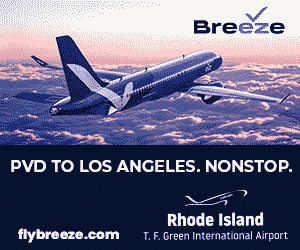 The remaining budget of $239,000 will be used to install a ballasted rooftop array at the college that will produce about half of Lawn’s annual electricity needs. This portion entitles you to a grant worth $50,150.

Although a handful of companies expressed initial interest during the pre-tender meeting, Newport Renewables was the only company to formally submit a figure. The reason, Duva said, is due to the “very precise details” of the construction schedule.

The RFP stated that the footings and canopy should be completed by the first day of school in September. Additionally, Duva said, when racks are installed on rooftops during the school day, that work should be done with “minimum disruption.”

Due to rising costs from the coronavirus and issues with the supply chain, Duva said he was “cautious and apprehensive” as he waited for bids. His apprehension was allayed, however.

“We were delighted when we considered the offer,” he said.

Duva expects the project to be completed by 2023 at the latest. Although construction during the school year is limited, the committee agreed that this will provide science classes with an opportunity to expand their units on electricity and renewable energy.

“It’s pretty exciting for kids to be able to watch it,” said committee member Agnes Filkens.

2022-04-21
Previous Post: Homeowners could get tax break on solar panels from next year
Next Post: Australian scientists to equip Tesla with printed solar panels in 15,000km test