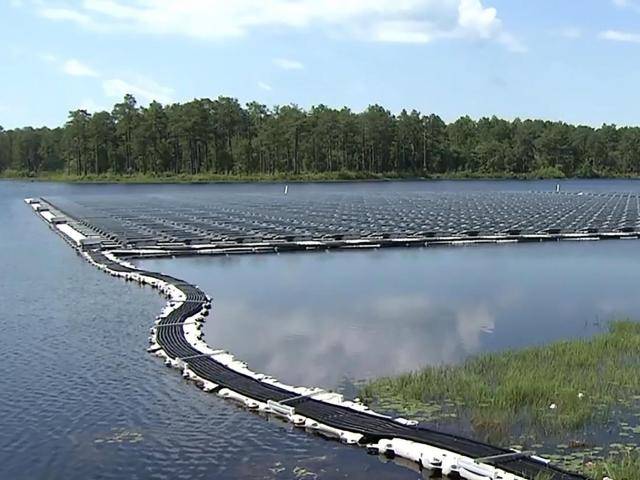 Two acres of Big Muddy Lake are covered in a floating array of solar panels, a collaboration between Fort Bragg, Duke Energy and Ameresco, the company that built it. The project is the first of its kind for the Army and is part of Fort Bragg’s overall plan to become more energy efficient and environmentally friendly for the lands on which soldiers train.

“If you were to build them on training areas, it would take seven acres,” Col. Scott Pence, Fort Bragg garrison commander, told WRAL News.

The water that supports the solar panels keeps them cool, allowing them to produce 60% more electricity than those installed on land or on buildings.

Duke Energy Executive Vice President Brian Savoy said, “For a neighborhood, this facility would power 735 homes. Think about how this can be replicated in many places in North Carolina and the region.

The system creates enough energy to power Camp Mackall and has a two-megawatt-hour battery storage system that can provide power even when the sun goes down.

“It’s roughly sized to be able to power all of Camp Mackall’s critical infrastructure if for some reason the power grid were to fail,” D3 power engineer Stetson Tchividjian told WRAL News.