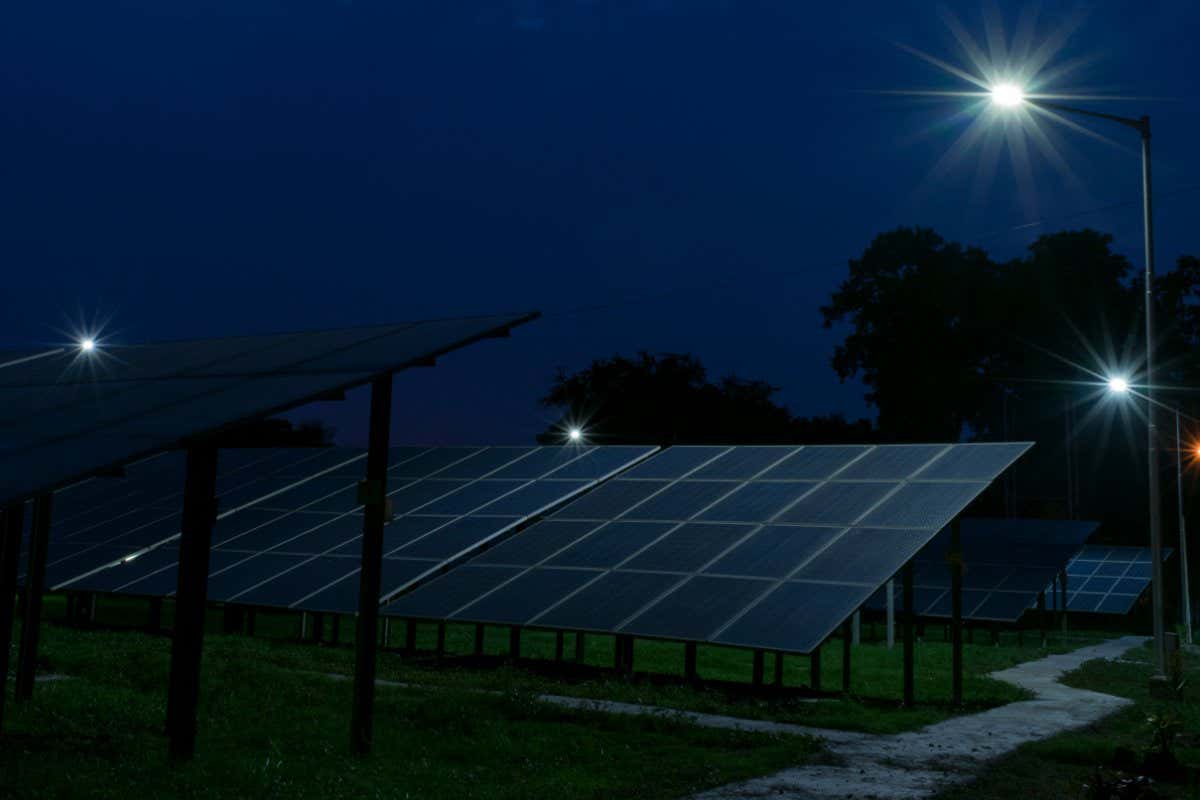 Solar panels are cooler than the night air, creating a temperature difference that can be harnessed to generate electricity

Modified solar panels that operate at night generate enough power to charge a phone or run an LED light, avoiding the need to store energy in off-grid batteries.

Simply put, solar electricity is generated when the sun radiates energy to a relatively cool solar panel. The panel is made up of so-called solar cells, made up of layers of a semiconductor material, usually silicon. When light shines on this material, it generates a flow of electricity.

To do this, Shanhui Fan at Stanford University in California and his colleagues modified a standard solar cell by adding a thermoelectric generator, a device that generates currents from temperature differences.

“The solar panel turned out to be a very efficient thermal radiator,” says Fan. “So at night, the solar panel can actually reach a temperature lower than the ambient air temperature, and that’s a rather unusual opportunity for energy harvesting.”

“The cool thing about this approach is that you basically have a direct power source at night that doesn’t require any battery storage,” says Fan. Batteries can be expensive and temperamental. They also require a lot of energy to make and can contribute to water and air pollution if disposed of improperly.

Although night-time solar cells can be useful in off-grid locations for certain low-power tasks, their current performance means they are unlikely to replace existing power infrastructure. “The potential for large-scale electricity generation is therefore very low,” says Ken Durose of the University of Liverpool, UK.

Fan and his team say the configuration could be improved to generate more power and that there are no inherent difficulties in scaling the system in a day to a commercial product.

Learn more about these topics: