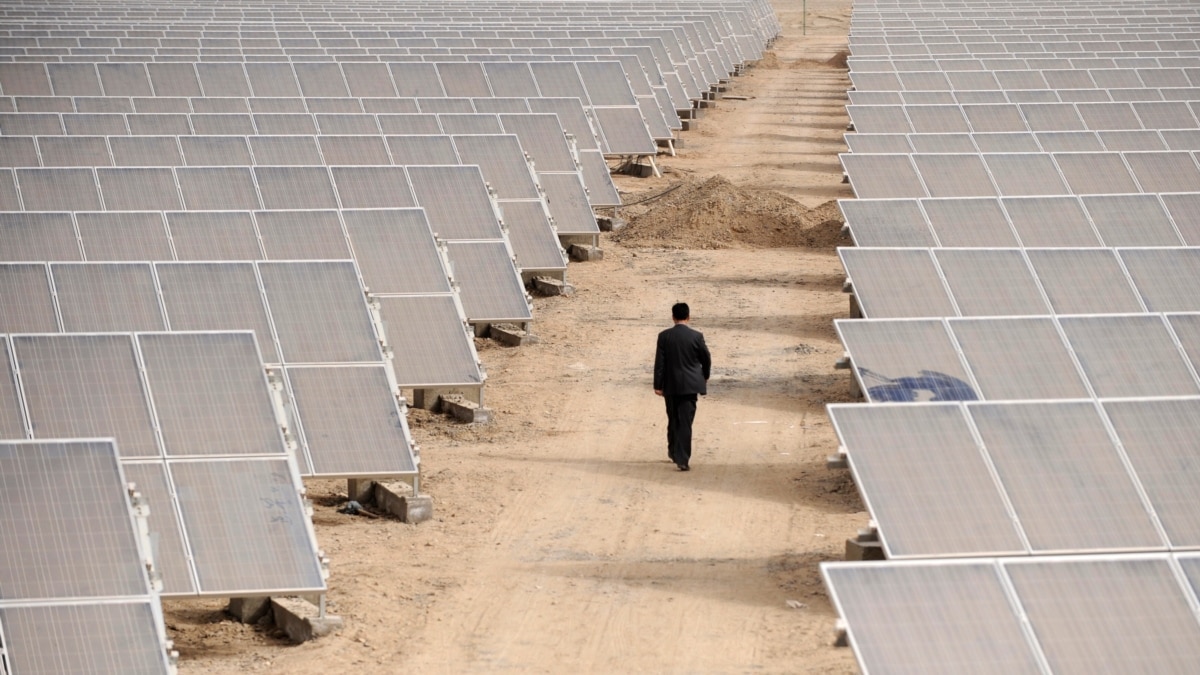 US to investigate use of Chinese materials in imported solar panels

The US Commerce Department’s announcement last week that it would investigate allegations that solar panel makers in Southeast Asia are using parts made in China and circumventing US tariffs has raised alarm bells over the trade and environmental policy.

The department announced on March 28 that it would investigate claims by California-based solar panel maker Auxin Solar that makers of solar power equipment in Cambodia, Malaysia, Thailand and Vietnam have close business ties with Chinese companies that produce the raw materials and some components of solar energy. panel assemblies.

In 2011, the Commerce Department ruled that China was “dumping” solar panels into the US market or pricing the panels below their manufacturing cost. This forced American companies out of the market because they could not make a profit while matching Chinese prices.

In response, the Commerce Department imposed tariffs on Chinese solar panels of up to 250% of their selling price. The result has been a rapid decline in US imports of Chinese solar equipment, from $2.8 billion in 2011 to less than $400 million in 2020.

In its complaint, Auxin points out, however, that while imports of solar panels from China fell by 86% over this period, imports from Cambodia, Malaysia, Thailand and Vietnam jumped by 868%. The company also produced evidence suggesting that during this period, exports of raw materials and solar panel parts from China to the four named countries also increased.

In an emailed statement to VOA, a Commerce Department spokesperson confirmed that the investigation has been initiated, saying “Commerce will conduct an open and transparent investigation to determine if there is any circumvention. This investigation is only a first step – there has been no ruling one way or another on the merits, and no additional duties will be imposed at this time.”

The Commerce Department said it would complete its preliminary investigation within 150 days and issue a final decision within 300 days.

So far, the response from the four affected countries to the ministry’s announcement has been limited. The Thai government announced that it had filed a formal complaint letter with the agency.

VOA has contacted US government officials from Cambodia, Malaysia, Thailand and Vietnam to comment on this story. None had responded at the time of publication.

In a joint editorial, Tom Kuhn, president of the Edison Electric Institute; Heather Zichal, CEO of the American Clean Power Association; and Abigail Ross Hopper, president and CEO of the Solar Energy Industries Association, said the future of solar power in the United States would be bleak if tariffs were applied to solar panels from the four named countries.

“Make no mistake – if the plaintiff is successful, solar power will become up to two to three times more expensive than it was just a year ago, setting back our efforts to achieve the independence, putting hundreds of thousands of U.S. jobs at risk with the Biden administration’s renewable energy goals,” they wrote.

“If these tariffs are enforced, we expect significantly less solar generation to be installed in the United States over the four years of the Biden administration compared to previous administrations,” they added.

In a statement, Auxin CEO Mamun Rashid called the trade groups’ warnings “classic scare tactics” and said: “We are grateful that trade officials have recognized the need to investigate this disguised dumping. ubiquitous and how it continues to harm US solar producers”.

Dilemma for the Biden administration

The solar panel case presents a dilemma for the Biden administration because it clashes two of the president’s priorities: ensuring a level playing field for American manufacturers and leading the country toward a carbon-neutral energy future.

Industry officials have warned that even the possibility of sanctions being imposed on panels imported from the four named countries would significantly slow the rollout of solar energy products in the United States due to uncertainty over costs. That would make it harder for the Biden administration to meet its climate goals.

“I’m disappointed the administration is launching this investigation because we should be repealing existing solar tariffs, not exploring adding new tariffs,” she told The Hill newspaper on March 28. “Direct aid to U.S. solar manufacturers would be far more meaningful to our national solar industry than a trade investigation or tariffs that will only drive up consumer costs, threaten good-paying jobs and drive us further away from our goals. climatic.”